Sean Dyche and ​Burnley make the short trip to Anfield this Sunday to face a Liverpool side somewhat under pressure.

The Clarets go into the encounter five points above the relegation places, while their host have dropped into second position in the league following a number of disappointing draws. Victory could take Dyche's men as high as 14th, though they face a wounded animal and will be wary of a Reds backlash.

Here's how Burnley could line up for the game. Tom Heaton (GK) - Since recovering from a long-term injury, Heaton has been immaculate for ​Burnley. Dyche choose to axe Joe Hart in favour of the former Manchester United goalkeeper and has been rewarded for his bold decision. Heaton's return coinciding with an upturn in the Clarets fortunes.

Phil Bardsley (RB) - Bardsley's own-goal opened the scoring for opponents ​Crystal Palace last weekend, setting his side on their way to a disappointing 3-1 defeat. He will be looking to make amends for the incident at Anfield this Sunday.

James Tarkowski (CB) - The centre back's form last season nearly secured him a place in Gareth Southgate's England squad for the World Cup. He has not quite reached the same levels this time around, though remains a key performer for the Clarets.

Ben Mee (CB) - The ​Manchester City academy product is approaching 300 appearances for the Burnley. His experience and commitment to the cause are necessary if his side are to leave with a result.

Charlie Taylor (LB) - The 25-year-old will be tasked with keeping Mohamed Salah quiet. Despite the Egyptian's wayward finishing during the 0-0 draw with ​Everton, it is essential that Taylor remains wary if he is to be successful. 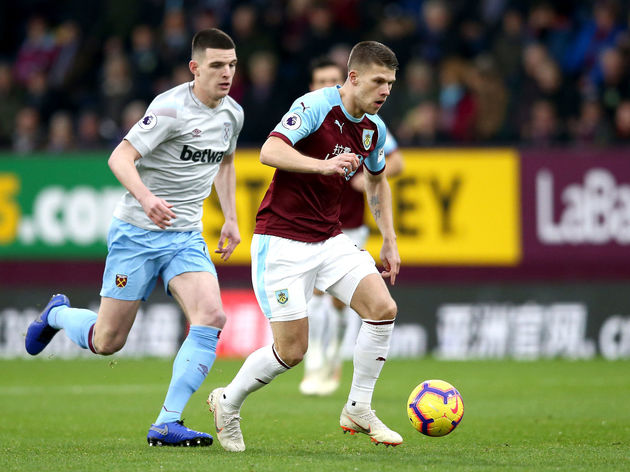 Jóhann Berg Guðmundsson (RM) - The hard-working winger will have plenty to do against the ​Reds. Dyche will expect him to track back and help out his defence, whilst also providing width when Burnley are afforded possession.

Ashley Westwood (CDM) - As a deep-lying playmaker, Westwood will be called upon to help Burnley spring counter-attacks on Sunday. If he is able to release his team's wingers then they may be able to damage their hosts.

Jack Cork (LCM) - The midfield is likely to be hugely congested for this match and represents a key battleground where the game could be won and lost. Cork's organisational skills ensure the side stay resolute and compact; these will be crucial if the Lancashire club are to shut out their hosts.

Robbie Brady (LM) - Brady was unable to change the outcome against the Eagles but made a noteworthy impact when he was brought on. His delivery from out wide represents one of the team's best avenues of attack. Ashley Barnes (ST) - He is likely to begin as the lone striker at Anfield, with Dyche looking to get plenty of men behind the ball. Barnes scored a late consolation against Palace and was his team's standout performer.