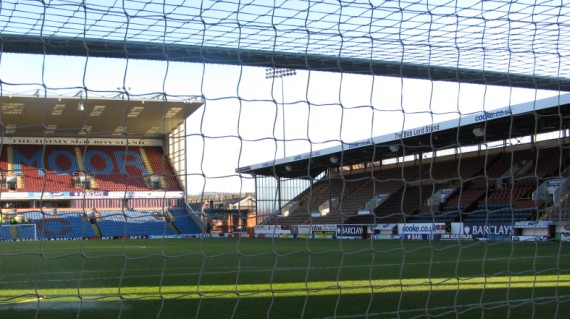 The inexperienced Porters has been with Orient for just two years after he impressed during a trial whilst with Cray Wanderers. He'd graduated through the Coopers and Cray Wanderers football academy and gone on to play for Bromley based Cray's first team, one of the oldest football clubs in the world.

He made just one appearance in 2010/11 before manager Russell Slade sent him out on loan to both Lewes and Hastings United but last season he did get a place in the Orient side and made 33 league appearances, with 25 of those as a substitute, scoring once in the 3-1 home defeat against Oldham.

News broke of this deal this morning when Slade confirmed the player was on his way to Burnley with the Clarets confirming it this afternoon. Porter has agreed a three year deal with the Clarets with the fee still to be agreed.

They'd offered the player, described by Leyton Orient as a forward capable of playing on either wing, what they described as a much improved deal but he's opted to move to Burnley and will be with the squad for the first day of training at the end of this week.

Porter becomes our second summer signing following on from Luke O'Neill who arrived from Mansfield. There are strong suggestions that there could be more by the end of the week as the players get ready to start preparations for the new season.

Eddie Howe said after the deal was completed: "We believe George is an exciting young player with the potential to develop further with us. He will increase competition in the wide areas in our squad but is also one for the future. He has had a taste of League football and we will now be working with him to help him make the step up to the Championship and make a big impact here at Turf Moor."