Leicester vs Burnley: 7 Key Facts to Impress Your Mates Ahead of Premier League Fixture

​Two of the Premier League's most impressive sides outside the 'big six' go head-to-head on Saturday as ​Leicester welcome Burnley to the King Power Stadium.

The Foxes sit fourth in the table coming off a heartbreaking late defeat to leaders Liverpool. Burnley, meanwhile, sit only two points behind them in seventh, unbeaten in their last four. Both teams have had huge successes in the ​Premier League in recent years, and this year seems no different as they both push for European football.

But how much do you know about the game? Not a lot? Well, that's what we're here for. Get on these stats, courtesy of our pals over at Opta, and impress your mates whilst watching the action this weekend.

Sponsored by @eToro, here's how Leicester City line up for #LeiBur 🔵 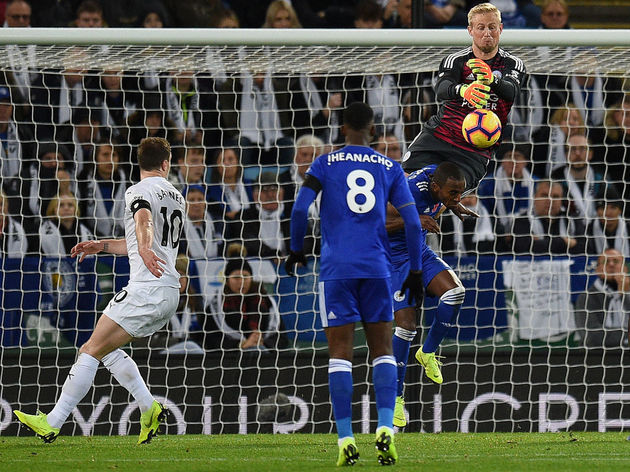 Having been unbeaten in their first five away games against ​Leicester at the King Power Stadium without conceding a single goal (winning four, drawing one), ​Burnley are winless in their last eight at the ground (losing four, drawing four)​.

Still, records are made to be broken, right? When Brendan Rodgers took charge of his first league game back on 3 March, few would have predicted just how instant his impact would have been at Leicester. ​His Burnley side are winless in their last six away league games (drawing ​two, losing four), though the last three have all ended level and featured an equaliser in the final ten minutes (two for Burnley and one against).

More drama to be seen this weekend? We'll be hoping so. Leicester are unbeaten in six homes league games (winning four, drawing two), winning the last three in a row by an aggregate score of 10-2. This is their best record at the King Power since 2017.

The name of the stadium is very apt considering their imperious home form - King Power, king, power, get it? You probably get it. James Maddison has caught the attention of quite a few people. Since the start of last season, no-one has created more chances from set plays than the Leicester midfielder with 50.

Jay Rodriguez is unique - one way or another. He has featured in all eight games so far but as a substitute. Only Duncan Ferguson has a longer period of games with the first 11 games of the 2004/05 season.

Disregarding the drama around his wife Rebekah, ​Jamie Vardy is having a great time. He has scored 10 in his last 10 home games - only Sadio Mane (15) and Sergio Aguero (12) have scored more.​