Leicester have enjoyed an impressive start to the season, particularly at home, where they have won three in a row.

This superb home form is the reason as to why the Foxes currently sit fourth in the Premier League with 14 points from their opening eight games. 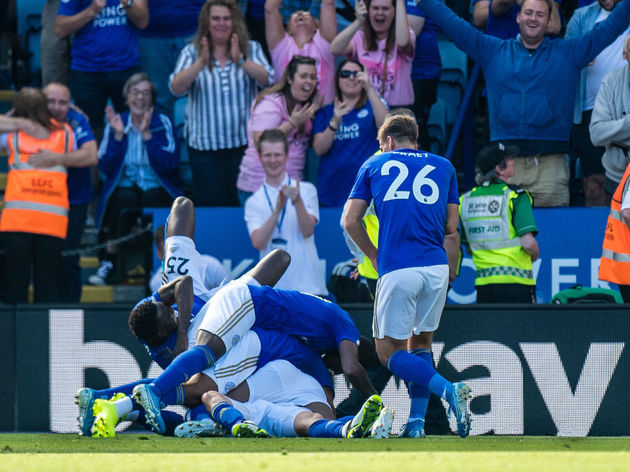 If they can pick up a victory on Saturday, then they would, momentarily at least, move up to second in the table with Manchester City not playing until Saturday evening and third placed Arsenal travelling to Sheffield United on the Monday.

However, they will be in for a tough encounter against a Burnley side who themselves are in good form, with Sean Dyche’s side, who sit in seventh, being unbeaten in their last four games. With both sides in good form it should be a real battle on Saturday. Meanwhile for ​Burnley, while Johann Gudmundsson will likely miss out this weekend, there is hope that Danny Drinkwater, who has been absent with an ankle injury, could return to face his former club. Alongside this, Dyche will have to wait until the last minute to see whether duo Jack Cork, who has a shoulder issue, and defender Erik Peters, who has a foot problem, will be fit enough to start or at least be on the bench for the trip south to Leicestershire.

Chris Wood looks set to start up front alongside Ashley Barnes, with the former being on fire in front of goal in the Premier League before the recent international break, meaning Jay Rodriguez will once again be on the bench. As previously mentioned, both Leicester and Burnley have been in good form in recent games which should make Saturday’s contest very interesting.

After winning their last two home games against Spurs and Newcastle, scoring seven goals and conceding just one in the process, the Foxes were unlucky not to get a point last time out against ​Liverpool at Anfield.

Burnley meanwhile have been grinding out wins at home, dispatching Southampton, Norwich and Everton so far this term. While they are yet to win away, the Clarets have been resolute enough, gaining three straight score draws on the road to Wolves, Brighton and Aston Villa. Having only suffered defeats to Arsenal and Liverpool this term, Dyche will be confident his side can perform well on Saturday and again pick up at least a point on the road.

Brendan Rodgers will know that this will not be an easy afternoon for his side, as Dyche will set up his team to be well drilled and defensively stable, aiming to frustrate the Foxes. If Leicester really do have aspirations of finishing inside the top four in the league, they must be able to find their way past sides such as Burnley.

It will be a close encounter, but the Foxes ought to have the quality in the side to pick up a crucial three points.