Paul Lambert and Blackburn Rovers have just announced that Mr Lambert, their current manager will be leaving Ewood Park at the end of the current season.

Lambert has took the hardly surprising decision to activate a release clause in his contract and will take a flight on "Do One Airlines", immediately after the Rovers’ final game of the season against Reading on Saturday May 7th.
Par for the course, the departing manager said, “I would like to place on record my thanks to the owners, and especially the players, staff and fans for the tremendous backing and support I have received since I arrived,”
“It’s a brilliant club, with great people, and I wish it every success in the future. For now, I remain fully focused and determined to try to win the final two games of the season, starting this Saturday against Rotherham.”
Blackburn Rovers have also thanked Lambert for all of his efforts since joining the club in November and wish him well for the future.
The club will begin its search for a new manager with immediate effect.
May I earnestly recommend Brian Laws who in my opinion is exactly the right man for the vacancy?
Disclaimer: This article in no way whatsoever expresses the opinions of anyone other than the writer. 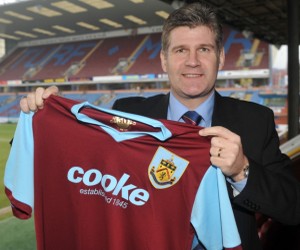