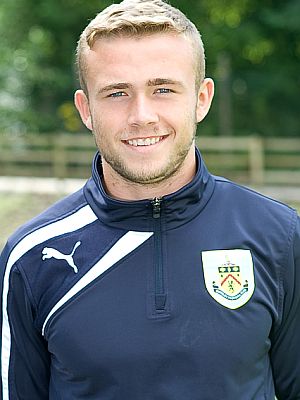 The 18-year-old, who has been playing at left back in recent development squad friendlies, is currently out injured with a groin problem but Burnley have clinched the signing today of a player who made his Stockport debut in April 2012 as a substitute in a Blue Square Premier League game against Braintree at Edgeley Park.

He made one further substitute appearance in the 2011/12 season and last season made three league appearances which were all starts.

There was a lot of speculation regarding his future last January with a host of clubs including Wigan, Leeds, Blackburn and Nottingham Forest monitoring the situation.

It came to nothing and at the end of the season he was offered a deal by Stockport but, following the relegation of our supposed big rivals, he turned it down.

The first news of his arrival at Turf Moor came when he was one of six trialists who played in a friendly against Oldham on the day after the first team had won at Cork. I've seen him play twice since, in the games at Padiham and Hyde, at left back.

I'm sure the club will confirm the signing that the player himself has already confirmed via Twitter.