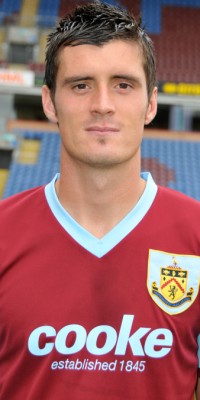 His former Burnley team mate Graham Alexander took the 32-year-old Jordan to Fleetwood in July last year when he found himself without a club having been one of several players made redundant by Dunfermline.

He went straight into Alexander's team and by the end of August had played all six games, but injury then ruled him out for virtually the rest of the season. He made one more appearance in February and a further four as the season came to an end but was only fit enough for a place on the bench in the play-offs as Fleetwood won a semi-final against York before beating Burton at Wembley.

Jordan left for the summer not knowing whether he would have to look for another club or not but said yesterday: "The gaffer rang me whilst I was away on holiday and said he wanted me to stay, so I am over the moon that I have signed a new deal.

"I am really pleased everything has got sorted and I can't wait for the season to kick off next month. It was a brilliant end to a great season for the club at Wembley and everybody says if you are gonig to get promoted, doing it via the play-offs is the best way."

Jordan spent three years at Burnley having been signed by Steve Cotterill in the summer of 2007 but, as has been the case at Fleetwood, those three years were always a constant battle against injuries.

He played over half of the games in the promotion season, but was ruled out of the run in and play-offs, Christian Kalvenes getting his place, and in the Premier League season he played 23 of the 38 league games but eventually lost his place to Danny Fox and was released by Brian Laws at the end of that season.

He played for Sheffield United, Huddersfield, Rochdale and then Dunfermline before arriving at Fleetwood last summer and now has another season, hopefully without injury, to look forward to.