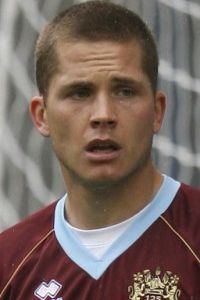 He'd been in the cold at the Galpharm for much of the season but had won a place back in the first team squad with the change of manager that saw Simon Grayson replace Lee Clarke back in February.

Grayson confirmed that he hoped to have kept Gudjonsson for the remainder of the season, which has again seen them qualify for the end of season play offs, but allowed him to return home for family reasons.

Joey has now signed for his first, and home town, club IK Akranes just ahead of the new league season which kicks off this weekend, and he's expected to make his second debut for them on Sunday when they play their first match of the season against Breidablik.

He was just 17 when he last played for them, making 8 appearances before leaving Iceland in 1998 to pay for Belgian club Racing Genk. Since, besides England, he's also played for clubs in Holland and Spain.

Now it's back home with his family and a return to that first club in the Icelandic Pepsi League.