Saints' frustrated England international Jay Rodriguez may be on the verge of a sensational return to his spiritual home at Turf Moor. 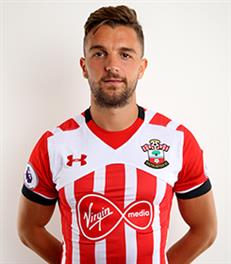 It is no secret that former Burnley favourite Jay Rodriguez is frustrated at the lack of opportunities under new Saints' supremo Claude Puel.

Hull City are rumoured to be desperate to take Rodriguez on a season long loan because of their financial uncertainties.

An expected take-over at the Humberside club is imminent but at present no player purchases are being sanctioned at Hull.

Jay Rodriguez is a renowned product of the Burnley youth academy and departed to the Hampshire based Saints in a £7 million pound transfer in 2012.

Southampton are however short of cover in offensive positions, 20 year old forward Sam Gallagher has been allowed to go on a season long loan to Blackburn Rovers.

Club sources are reporting that Sean Dyche is seriously tempted to attempt a hijacking of the Hull City loan deal.

Bringing home a favoured son, to boost a squad that is short of strikers in the Rodriguez class would certainly provide the Clarets with a  great addition in their bid to retain Premier League status. (TEC).