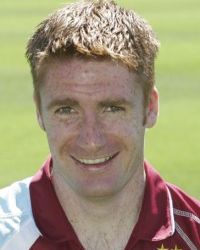 O'Connor has been at Hillsborough for three and a half years since leaving Turf Moor but had a contract that ended this month and has decided on a move to America to continue his career.

He has his UEFA 'A' licence and he will combine playing with coaching duties at his new club, working alongside Heath and assistant coach Ian Fuller.

On signing, he said: "There's huge potential here. The opportunity to work with Adrian and Ian and everyone else is great. This is a club that's going places and is something I definitely want to be part of."

He's expected to make his debut against Philadelphia Union on 18th February and he'll take a lot of experience with him. His career started with Stoke and then West Brom before he joined Burnley during the 2004/05 season, initially coming on loan for three months.

Over three more years at Burnley followed before he was signed by Sheffield Wednesday boss Brian Laws and he's played over 550 games for those clubs but hasn't played for Wednesday since a 1-0 home win against Leyton Orient at the end of November.