Jackson back from Barrow 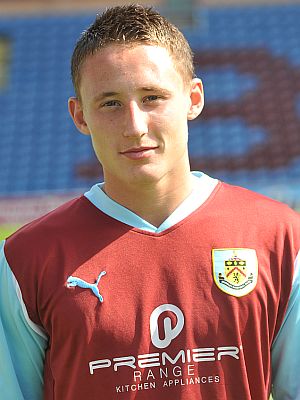 Jackson was out injured for the first few months of the season but returned in late 2011 to make a couple of appearances as a substitute in the reserves. To get him some more games he went out on loan to Barrow, his home town club, for a month in January.

He made four appearances, scoring twice, but that was curtailed when he was sent off in a 1-0 defeat at Braintree in late January.

Having served his suspension, Barrow secured his services until the end of the season but thigh and groin injuries have restricted him to just appearances. He came back for his first start five days ago and scored an early goal in a 2-2 draw against Southport to bring to an end a run without a goal for Barrow that had lasted 702 minutes.

It now looks as though that could have been his last game for them with the news coming from Barrow yesterday which read: "Barrow have reluctantly agreed to Burnley's request to recall Joe Jackson to allow him to go into the Clarets' first team squad tomorrow."

Joe hasn't featured in the first team at Burnley but did make the substitutes' bench for the FA Cup tie at Norwich City just a few days before he went out on loan.