It's home rule in the Championship 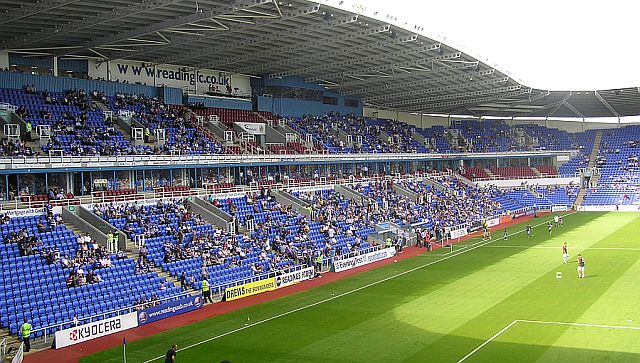 Doncaster really looked as though they were going to upset the home team applecart at Leeds who were playing in front of new manager Neil Warnock. Donny led 2-0 with a brace from Mamadou Bagayoko before Leeds produced one of those comebacks they usually reserve for us.

The first goal came within a minute of Doncaster's second and then they equalised with ten minutes to go. The winner came in the ninth minute of stoppage time to ensure that all games ended in home wins.

Two of those home wins switched things round at the bottom of the league. On Friday, just before I left home for the trip to Reading, the news came through that Portsmouth had gone into administration.

The Pompey Chimes really should be changed to 'Pay Up Pompey', something they continually fail to do. The inevitable ten point deduction took them to the brink of the bottom three, hovering above only on goal difference.

They are there now though. Once they'd lost at Barnsley it was just a matter of who went above them with Nottingham Forest playing Coventry City. It was Forest who won to go three points clear of the drop zone and I'm sure even Steve Cotterill's fiercest critics would prefer to see Pompey sink rather than Forest get chopped down.

Our defeat has seen us drop to 11th but the three points have taken Reading into third place, a point above Cardiff who were beaten at Ipswich. It doesn't seem so long since Ipswich were doing nothing but lose. That's four successive wins now with twelve goals in those games.

One of Saturday's goals came from Michael Chopra. He didn't follow the modern pattern of not celebrating a goal against a former club. Maybe he felt he should have done because he's since apologised. Maybe he had a bet on scoring and celebrating.

The other two goals came from Lee Martin and that was a popular name on Saturday. Chris Martin also scored twice, getting his in Crystal Palace's 4-0 win against Watford, and Aaron Martin scored for Southampton as they too won 4-0, their win coming at home to Derby County.

Peterborough won the other game against Bristol City, and that's one point in fifteen for Derek McInnes' team who are still very much in a relegation battle. The inspired run just after he took over is now a distant memory.

This week we have some midweek games before the weekend games. Now we've started losing away from home maybe we can keep up the recent better run at home which has seen us go unbeaten in five games.

The results, the stats, the league's leading scorers, each club's disciplinary record, the highest and lowest attendances are all below with this week's fixtures.