It's a first cap for Cameron Howieson 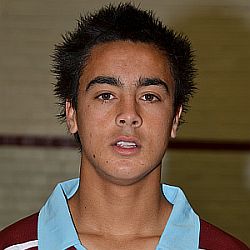 Cameron was, as expected, named as a substitute for New Zealand's friendly against El Salvador in Houston, Texas in a game that ended 2-2 with the All Whites twice having to come from behind.

The score was 2-2 when Cameron was introduced, replacing Marco Rojas on 72 minutes. The overall performance was, according to coach Ricki Herbert, one of their better performances and he was delighted with the impact of his younger players.

They now move on to Dallas where they face Honduras in three days time when Cameron will be hoping to add a second cap.