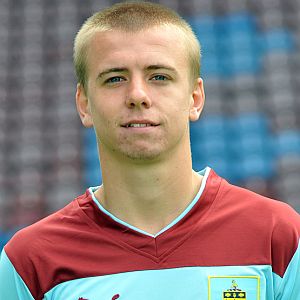 Hewitt becomes the second Burnley player to join up with a Blue Square Premier League club today following on from Shay McCartan's move to Hyde and this comes after his appearance for our development squad today.

Hewitt made a first team appearance last season, coming on as a substitute in the 1-0 home win against Brighton on Good Friday.

This season he got his first start in the first team, playing the whole of the Capital One Cup tie against Plymouth and scoring one of the goals in the penalty shoot out win that saw us clinch a 3rd round tie against Swindon.

Since that game he has been limited to development squad friendlies right up to today's game at Everton.

He'll go straight into Alfreton's squad for their league game at Grimsby on Saturday and in just under four weeks time could come face to face with McCartan when they host Hyde on Tuesday 26th February.