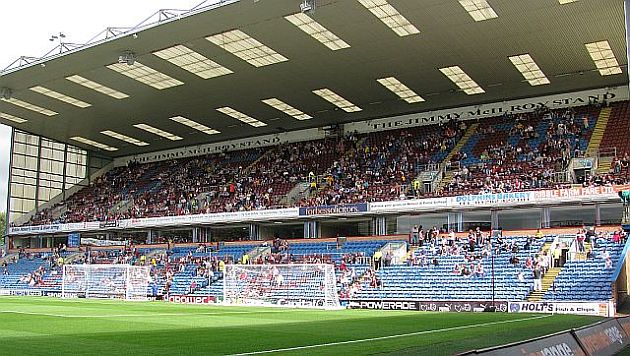 Heaton opted not to sign a new deal with Bristol City and today became Sean Dyche's first permanent since becoming Burnley manager at the end of October last year.

New goalkeepers have become something of a priority. Lee Grant has agreed a move to Derby and Brian Jensen has been released. It's also believed that Jon Stewart, brought in two years ago, is no longer with the club.

Chester born Heaton, who is related to the family of the former furniture store in Nelson, started his career at Manchester United, but like a lot of players at Old Trafford he had to move away in loans to get some first team action.

That he did at Swindon, Cardiff, QPR, Rochdale and Wycombe, as well as Royal Antwerp, before signing a permanent deal with Cardiff three years ago. He remained with the Welsh club for two years but turned down a new contract last summer after becoming second choice behind David Marshall.

A season at Bristol City followed but their relegation persuaded him to move on and today he signed for Sean Dyche just a year after he came close to doing just that at Watford.

He has signed a two year contract with an option for a further year although no details have been given regarding that third year option in terms of number of games played.

Dyche said of his first Burnley signing: "Tom is someone we knew all about at Watford and we have monitored his progress since then.

"We have had him watched several times in the past year, he's just had a really good season in very tough circumstances at Bristol and he recently played very well here at Turf Moor, as every Burnley fan will know.

"He is a good technician, he has great pedigree, having come out of Manchester United and is a good age and willing to learn. We have been aligning things for the 'what-ifs' as we are in all cases, and Tom is a great signing and one we believe will do very well for us."

Bristol City had hoped to keep him, but their head coach Sean O'Driscoll said when the news was confirmed: "We are obviously very disappointed to be losing Tom but we wish him all the best at Burnley and understand his reasons.

"Ever since I have been at the club, Tom has conducted himself with total professionalism and been a pleasure to work with, which is why, combined with his undoubted ability, we were keen to keep hold of him.

"To his credit, Tom has kept me fully informed with what has been going on with Burnley so we were always aware we might not be able to retain his services."

The club are still to confirm the arrival of Whitby Town goalkeeper Nick Liversedge while it is likely that another goalkeeping signing will be made to challenge Heaton for the first team.