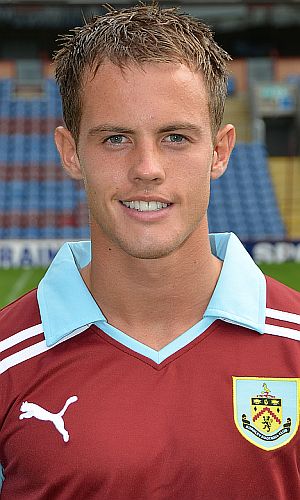 Harvey is no stranger up at Holker Street having spent the latter part of last season there on loan where he impressed enough for manager Dave Bayliss to make a move for him when he was released by the Clarets at the end of last season.

He's one of three players who have signed for Barrow this morning, the others being defender Sean Hessey and midfielder Garry Hunter who were released by Accrington and Morecambe respectively at the end of last season.

Bayliss said on completing the move: "Alex-Ray Harvey is a kid I really like. I think he has a great chance to kick off with his career and get back in the Football League. He is very hungry and will give us balance in the middle of the park because he is a left footer.

"Alex showed glimpses of what he can do when he was on loan with us last season. He is a terrific, very mobile footballer, who will tackle anything."

Alex-Ray came through the centre of excellence at Burnley before his two year scholarship between 2007 and 2009, playing in the successful youth team of the 2008/09 season. He was rewarded with a professional contract by Owen Coyle in the summer of 2009 and won further one year deals from both Brian Laws and Eddie Howe.

He went to Singapore with the first team squad and made the bench on a number of occasions for the first team, in both league and cup games, but was never fortunate enough to make a first team debut.

He was one of the players released at the end of last season and will now be looking to have a successful season at Barrow to, as Bayliss says, kick off his career to try and get back in the Football League.