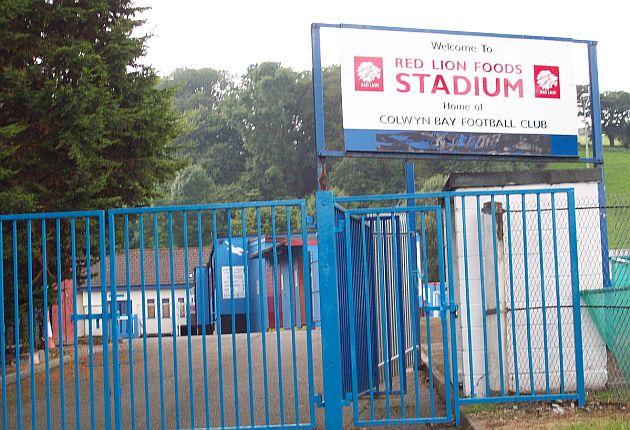 We've been sent photographs from Colwyn Bay (see picture above) and their brilliantly named Red Lion Foods Stadium. Although in Wales (and they are on the Wales page), Colwyn Bay are in the English pyramid and are currently playing in the Blue Square Bet North.

Three very quickly taken photographs of the Darlington Arena, the stadium built with special locks by George Reynolds, are courtesy of the closure of the A19 last week on the day of our game at Middlesbrough. The detour took us past the no longer occupied stadium although they were rushed photographs taken from a coach.

Finally, new photographs from three Championship grounds, those of Bristol City, Wolves and Huddersfield have taken the total to 1,500 which are of 404 different grounds in 63 countries.

If you have taken any ground photographs and you would like to see them in the Ground Photos feature, which can be found within the Clarets Extra2 drop down, please EMAIL them to us.