Gray and the English FA

Andre Gray has been the recent subject of intense global media interest in relation to comments he made on a social media account.

Gray’s Twitter posts seem to have revealed a deeply troubled and rather angry young man. 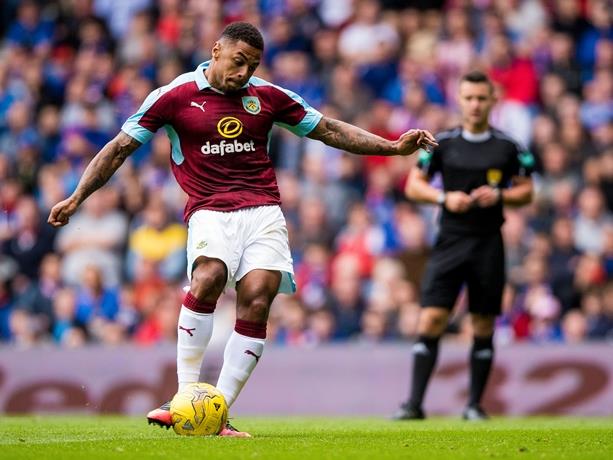 The issue that perhaps should now be addressed is whether to sanction or educate a person who through historical comments made on a social media account and is now the subject of intense scrutiny by the politically correct football regulating brigade.

The prize of plying one’s trade under the auspices of the mightily self important global football regulating bodies can clearly be seen to be in Gray’s case, a rather dubious one.

Actions usually have consequences, unless one happens to be one of soccer’s favoured sons, such as the odious Sepp Blatter, or his equally obnoxious sidekick Michel Platini.

Gray’s sensational goal scoring achievements on the football pitch have now been seriously undermined by comments he made whilst not on the field of play.

Football especially in the major global soccer leagues have become a social microcosm. The English Premier League epitomises how football has become its own significant little world, yet still facing the same awesome challenges that exist in the real world.

Billions of units of various international currencies trade and vie for the right of global soccer supremacy. The issues which plague the bigger global picture are seemingly endemic in the beautiful game.

It is questionable to say the least if an educationally bereft football player; in this case Burnley’s Andre Gray, should be punished simply for a bad choice of words.

Gray has been catapulted from a self confessed Wolverhampton gangbanger to Premier League soccer star and his ill judged homophobic related Twitter comments have incurred the wrath of that notoriously self righteous social watchdog, the English Football Association.

There will be a certain irony if the English FA chooses to ban Gray and therefore punish Burnley Football Club in the wake of any ban.

Since inception the UCFB has grown, is now located at Wembley, the Etihad campus and of course Burnley; the Clarets now firmly established at the very vanguard of footballing education.

Unfortunately Andre Gray did not receive the benefits of such professional mentoring. Gray came late into the professional ranks in a similar fashion to England’s striker supreme Jamie Vardy.

The duo arrived into the Premier League via non-league football. Both must now suffer being the subject of hero worship, whilst generally expected to be role models for the countries younger soccer fans.

That’s a tough call for a West Midlands street urchin like Gray, resplendent with a facial knife wound, indelibly carved as a brutal reminder of his humble origins.

Gray himself had a recent verbal altercation with a couple of Burnley fans. He called the pair “ignorant prats” for racist comments made in a pre-season friendly at the home of Bradford City.

Burnley Football Club issued an immediate apology to the Bantams and following a swift investigation, issued a stadium ban to the sole perpetrator of the racist outburst.

Perhaps the age old adage, “People in glass houses should not throw stones” applies to Burnley’s Andre Gray?  Further FA investigation has revealed a litany of unfortunate quotes on the player’s Twitter feed.

More charges have been filed at Gray, providing the FA’s disciplinary firing squad with an anticipated field day. For the entire world it looks like the FA vendetta machine will be turning towards Turf Moor. Guns locked and loaded.

Yet, if the FA choose to seriously consider Gray’s background and Burnley Football Club’s stance on stamping out racism and it’s swiftness in tackling fan misdemeanours, coupled to an inherent determination to educate the young, is it still feasible that the FA can leave the marksman’s blindfold off Gray?

Vile remarks aimed towards the lesbian, bisexual, gay and transgender community have no place whatsoever in contemporary society. Gray himself was quick to condemn racist remarks, yet he historically tweeted the pejorative term “lighty”.

The English FA would do well to choose to educate rather than punish Gray and it may well provide a better outcome. Perhaps Burnley Football Club can call in a favour?

The benefit of doubt and the chance for Gray to reinvent himself as a more rounded individual is the FA’s alternative to a ban which may well fuel a troubled young man’s anger even further. (TEC).