Good and bad news for Foster, Gray and McEveley at Barnsley 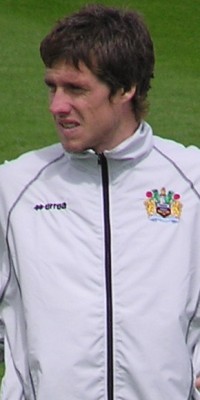 With the Championship season now over for all but the four clubs involved in the play offs, there will be announcements this week from most of them. Yesterday, Barnsley released their retained list with news for three former Clarets, some of it good news and some not so good news.

The good news was for central defender Stephen Foster. There is a new deal for him and it is one he's already agreed. Foster joined Barnsley in August 2007 after just over a year at Turf Moor. He's since made 210 appearances for the Tykes.

His defensive colleague Jay McEveley, who played on loan for the Clarets in the 2003/04 when he signed from Blackburn, won't have been surprised at his release.

He was a regular in the team this season until March but then, surprisingly, moved on loan and joined Swindon's promotion squad, making his debut for them at Wembley in the Johnstone Paints Trophy Final.

McEveley is joined by five other players to be released by Keith Hill and that includes our former striker Andy Gray.

Now aged 34, he's been with Barnsley for three seasons and scored eight times for them in the season just ending in 32 appearances. He's now played over 500 career games and, like McEveley, is looking for a new club.