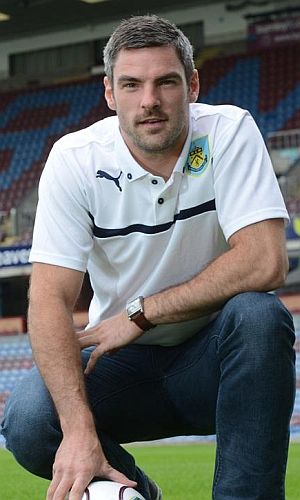 Gilks was out of contract at Bloomfield Road and has opted for this move to Turf Moor where he will certainly add to the competition for the goalkeeper's jersey having impressed in recent years with the Seasiders.

Rochdale born, he started his career with his home town club before a move to Norwich in 2007. However, he spent a full season on the subs bench at Carrow Road and one year later was on the move again to Blackpool as part of the deal that took Wes Hoolihan to Norwich.

He couldn't get into the first team there initially and went to Shrewsbury on loan with manager Simon Grayson rarely entertaining a substitute goalkeeper, and it was caretaker boss Tony Parkes who brought him back, got him on the bench, and then finally gave him his debut in January 2009, replacing the sent off Paul Rachubka against Crystal Palace.

He's since gone on to appear in 182 league games for Blackpool. He became first choice goalkeeper during their promotion season of 2009/10 but played just 18 games in the Premier League. However, he's been very much the number one since and that would have continued had he signed a new contract there.

The speculation of a potential move for Gilks appeared only a few days ago. It seemed a strange one at the time but what this signing does is give us real competition for Tom Heaton for that goalkeeper's spot in the Premier League.

He's our second signing since clinching promotion, following on from that of Michael Kightly who signed a three year deal last Friday.