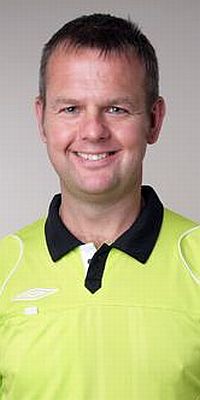 All told, this will be his fourth Burnley game having also refereed last season's home game against Watford, and it is fair to say that we've not had many problems with him in any of those games.

I wrote ahead of the game against Hull that he was an undemonstrative referee and in my report for that Hull game I described his performance as impressive.

He's now in his fourth season as a Football League referee, this after a spell in the Premier League as an assistant, something that's a less than popular role right now. He took up the whistle after suffering an injury playing the game.

Over his previous three seasons he's averaged around three yellow cards per game but this season he's a shade below that with 78 yellow cards in 32 games which add to a total of five red cards.

Just six of those games have been at Championship level with all of the red cards in the lower two divisions. Of the yellow cards, 33 have gone to home team players and 45 to away team players.

His last game at Championship level was West Ham's 2-1 win at Peterborough three and a half weeks ago in which Peterborough's Emile Sinclair was the only player carded.

His last game was on Tuesday when he refereed Crawley's 3-1 home win against Northampton in League Two. There were no cards in that  game.