From top to bottom it's Blackpool to Palace 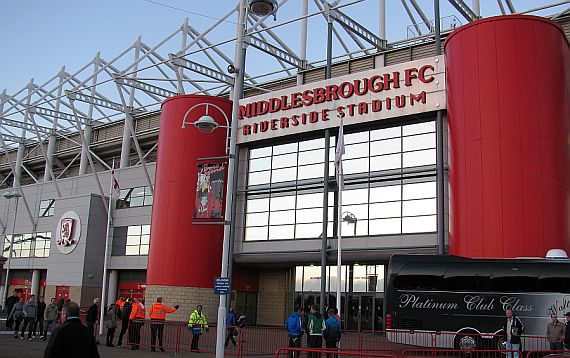 Having won on the opening day of the season at Millwall, Blackpool followed that up with a 2-1 home win against Leeds on Tuesday but they had to come from behind with Leeds holding a 1-0 lead for just about an hour of the game.

They sit right at the top with six points and behind them there are six clubs having won four points from a win and a draw. That group includes two of the newly promoted clubs, Sheffield Wednesday and Charlton.

Although the league tables don't mean too much just now, had we hung on for a draw at Middlesbrough we would now be sat in second place rather than ninth.

The Peterborough and Palace fans will think it means something. It's never good to be at the bottom and still searching for your first point. Peterborough have now lost at Leicester and at home to Millwall.

They are only kept off the bottom by Crystal Palace who have found conceding goals somewhat easy so far. They couldn't have seen this coming when they led 2-1 against Udinese Franchise last Saturday going into the 88th minute.

They conceded two late goals and followed that up by conceding two goals in the first twelve minutes at Bristol City on Tuesday, eventually losing the game 4-1.

In a start to the season that hasn't been blessed with big scores, Bristol City became the first team to hit four goals with Middlesbrough, Sheffield Wednesday and Wolves all getting three.

It will be some weeks yet before the table is really meaningful but we move on to the weekend with all the midweek teams who played at home getting a second home fixture.

I enjoyed, despite their win, listening to Owen Coyle's interview. The poor man is losing money this season due to their relegation. He told reporters that his side's target was promotion to the Premier League. No mention of any banks, but there again he doesn't get paid each time he says it now as he's no longer a BARCLAYS Premier League manager.

The midweek results, which ended with the game at Blackburn last night where there was little to report other than the meagre attendance for a club just relegated from the Premier League, are shown below along with the stats from those games.

There is also the list of leading goalscorers, currently any player who has scored at least two league goals, each club's disciplinary record, the highest and lowest attendances and this weekend's fixtures.