Frank Sinclair to stay on at Colwyn Bay 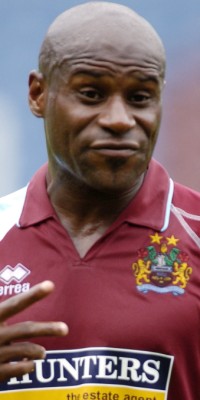 Things were looking bad for them when he took over in February but a four game unbeaten run gave them a glimmer of hope. Then came the bad run with three defeats in four that left them looking almost certain to go down.

When they lost at home to already relegated Droylsden at the beginning of April, with Burnley player Jason Gilchrist scoring, all looked lost. They needed to win all of their six remaining games to be certain of staying up, and those six games had to be played in a 15 day period.

Incredibly they won the lot against Gainsborough, Brackley, Oxford City, Workington, Bradford Park Avenue and Gloucester to end the season fifth from the bottom of the table. Boss Sinclair said: "The momentum we had did us a favour in the end. The players didn't feel tired because they kept winning.

"We got good wins and plenty of confidence from beating teams in the play-offs and top six or seven away from home and took it from there. After we lost to Droylsden, who were already relegated, I wondered if some of the players might be ready to throw in the towel, but we responded and I never lost my belief that we would survive."

That led to the offer of a further year in charge which he has verbally accepted. "We have this good momentum to build on and the players are with me," he added. "I am trying to make the club more professional. I will keep the backbone of the side but am hoping to add six or seven players to improve the squad."

Sinclair joined Colwyn Bay initially as a player at the start of this season, returning to North Wales where he had previously played for Wrexham.