Former loan Clarets Lowe and Stewart on the move 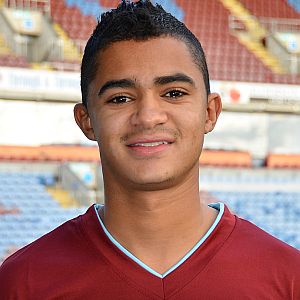 Last week Keith Lowe, who was with us from Wolves in the first half of the 2005/06 season, made the move from Cheltenham to York a permanent one.

He signed on loan for York in November after playing over 100 league games for Cheltenham where he'd been since the summer of 2010, his third spell with them.

He went straight into York's team and has stayed there and that prompted manager Nigel Worthington to complete a permanent deal on an 18-month contract.

Today, Cameron Stewart has made his latest move. He was Eddie Howe's last Burnley signing when we took him on a half season loan from Hull. He started only twice and didn't feature at all after the arrival of Sean Dyche as manager.

The second half of last season saw him go on a badge kissing exercise at Ewood Park and he's spent the first half of this season at Charlton who wanted him to remain at the Valley.

Instead he's opted for a move to Leeds which will be a loan move with a guaranteed three year contract to come in the summer when his current deal comes to an end at Hull.