Flynn steps in at Donny 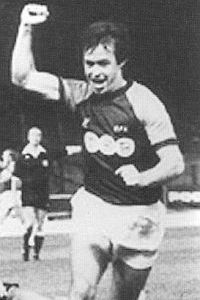 The decision, made after their FA Cup defeat to non-league Luton, came as no surprise with Wolves down in the lower reaches of the Championship and failing to show any sign of a team tipped to go straight back up.

They became the ninth Championship club to say goodbye to their manager this season. Some have been sacked and others poached by other clubs, but Wolves must have had it all planned because by early on Monday morning they had confirmed the appointment of Dean Saunders the Doncaster boss.

That's left a former Claret, and former Doncaster player, in charge at the Keepmoat. Brian Flynn has been working there this season and they quickly put him in temporary charge alongside club captain Rob Jones.

Flynn will take charge for their game at Stevenage on Saturday, is first game as a club manager since leaving Swansea in March 2004 after 18 months in charge at the Vetch Field. He's since been involved with the FAW, was manager of the Welsh under-21 team and also took over the full international team as a caretaker prior to the appointment of Gary Speed.