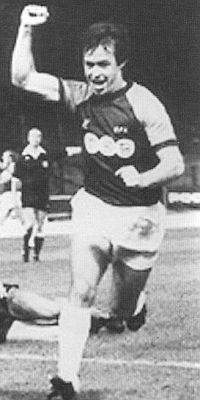 Flynn was put in temporary charge alongside captain Rob Jones when Dean Saunders left to become the new manager of Wolves.

Doncaster received in excess of 150 applications for the job with them currently second in League One and the club felt that the continuity provided by Flynn, who was working with Saunders, was vital.

Jones will now become assistant manager and chairman John Ryan said: "We are pleased to announce that Brian and Rob have taken up our offer to manage the team and are now fully focused on the game against Leyton Orient.

"Brian has a great history at the club and is being assisted by our current captain Rob Jones, who has earned the respect of his team mates and fans this season through his commanding leadership.

"We had an overwhelming number of applications for the position, including former international and Premiership managers, however after a detailed process we felt that our initial choice, Brian, was the best person to put in charge and would allow a seamless transition.

Flynn has a lot of league management experience. He was in charge at Wrexham for almost twelve years and then spent eighteen months with Swansea. He left Swansea in March 2004 but has since worked for the FAW and had a short spell as international manager following the departure of John Toshack.

He got off to a winning start with Doncaster who beat Stevenage last Saturday to remain four points clear of third place Brentford.