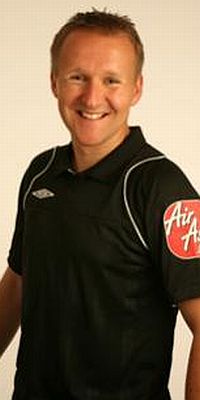 Langford had an absolute shocker that night. He missed so much, including the clearest of penalties as Dean Marney was about to score, but worse than that, he ruined the game all night by nit picking, more than once delaying a free kick to move it a couple of feet to the correct position.

He frustrated players and fans alike although on a night when the two teams turned in poor performances it might be said he was the only one who came close to providing any entertainment.

He's now in his fourth season as a Football League referee. but it is only this season when he's been allocated Championship games on anything like a regular basis and tonight's game will be his ninth this season out of a total of 26 games.

Those 26 games have seen him show a total of 74 yellow cards and seven red cards. The only red card to come in those Championship games was that of Hull's Robbie Brady in their 2-1 defeat at Southampton in November.

Of those yellow cards, 33 have gone to home team players and 41 to away team players whilst the red cards have seen three home players sent off and four away players.

Last time out was three days ago when he refereed the Championship game at the Den between Millwall and Derby County. It ended 0-0 but the game had five red cards. They were Liam Trotter and Josh Wright (Millwall) and Jason Shackell, Craig Bryson and Shaun Barker (Derby).

Mr Langford's performance at Doncaster last season got him a place in the RATE THE REF table. He's easily found; he's next to bottom with a rating of 34.67 out of 100.

The assistant referees tonight are Gordon Johnson and Matthew Perry. The fourth official is Jonathan Hunt. All three officials are from Liverpool.