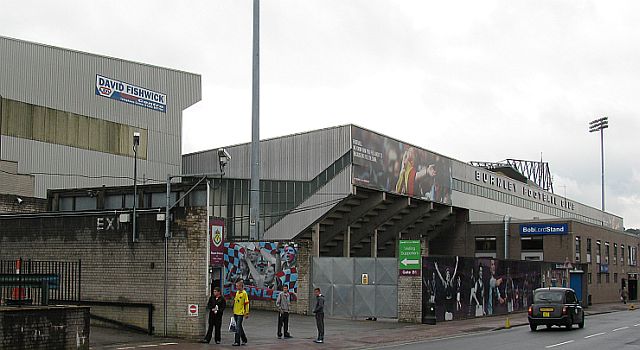 Even the Doncaster board called the idea of bringing in players on short term deals 'The Experiment'. It hasn't worked; their  time is up and it might be some time before we visit the Keepmoat again; a pity really given that we've just managed to get a first win there.

Portsmouth should have gone with them too on Saturday and would have done but for some astonishing refereeing by Mick Russell. Pompey were 2-0 down at Doncaster before the sparse gathering had got their seats warmed but came back courtesy of some generous decisions.

There might be arguments for two of Portsmouth's goals being allowed to stand but the first penalty was a joke. Even if it was a foul then it was some distance outside the box. The third was a blatant foul by Dave Kitson, and did he put it in with his hand in any case?

Still, you don't have to even put the ball in the net now to score a goal as we saw at Wembley yesterday so an odd bad decision at Doncaster is hardly going to start any alarm bells ringing.

Despite the win it will be a miracle should Portsmouth survive whilst above them Coventry are still favourites to go down. It could have been all but over for them too when Bristol City led 2-0 at Birmingham whilst Coventry trailed 1-0 at Burnley. That would have seen a seven point gap opened up but with both drawing it leaves the Sky Blues in with a chance.

Up at the top there is only one team to comment on and that's Reading. They've won a sensational 43 points from their last 16 games and that's a massive 11 points more than any other team has won during that period.

They were mere play off hopefuls, and only hopefuls, ahead of this run but they are now promotion favourites and  three points clear at the top of the league having won 3-1 at Southampton on Friday night.

Their leading goalscorer, even before Friday, was Adam Le Fondre and he scored twice in this win which surely must signal a return to the Premier League. They need one win and one draw to be certain of promotion.

A win for either team gave West Ham a chance of catching the other and they could do no more than they did on Saturday with a massive 6-0 win against Brighton. I wonder just how long Gus Poyet hung around this time. West Ham are just three points behind Southampton now.

They are in the play offs with Birmingham, Blackpool and Cardiff and looking at things now it does look as though Middlesbrough are the only club that could possibly get in there. Brighton are next and look to have blown it with only two points from their last five games.

More could be decided tomorrow with the last set of midweek fixtures which will leave us with just two games to go.

The results, stats, leading goalscorers, each club's red and yellow card counts, the highest and lowest attendances are all below along with tomorrow's fixture list.