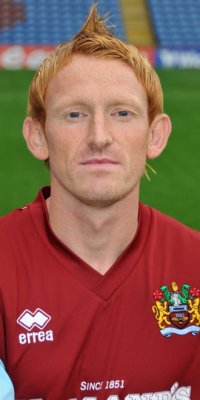 Jones was with Burnley for three years and played over 60 games in the claret and blue. During that time he also spent a loans back at previous club Crewe and then at both Huddersfield and Bradford City.

Released by Owen Coyle following promotion in 2009 he was with Walsall for two years and whilst there had a loan with Motherwell which led to him playing in the 2011 Scottish Cup Final against Celtic.

The last two years have been spent with AFC Telford in the Blue Square Premier League but he's now become the first summer capture for Airbus boss, and former Stockport striker, Andy Preece ahead of a season which will see them play in the Europa League.

Preece said: "Steve ticks all the boxes. He was top scorer at a Conference club last season and is a really exciting signing for us."

Jones was delighted to make the move. "I've played in European football before for Sligo Rovers, so I thought I might come to Wales, sample the league and have another go at Europe," he said.

"We played Club Brugge in the Europa League and lost on aggregate, but it was a good experience and it's one I would like to repeat, it will be good.

"I don't know anything about the league, the only team I have heard of is TNS, Telford played them pre-season, I scored twice in a 3-0 win, so I know what they are about, they're a good passing team but they are not unbeatable."

"Obviously, playing for Northern Ireland as well has helped develop me as a player, but I'd say my best years were spent with Crewe. Dario Gradi is the best manager I have played under, he is fantastic, he works with you 24/7 and he helps you improve your game."