England Call Up For Burnley Aces 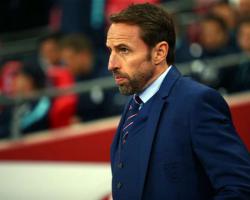 Gareth Southgate was expected to answer the clarion call to include a couple of Clarets in his full England squad for the upcoming friendlies against Holland and Italy.

The Three Lions will play Holland in Amsterdam next Friday, March 23rd and then play hosts to Italy at Wembley on March 27th

Burnley goalkeeper Nick Pope and centre back James Tarkowski have both been called up and ultimately rewarded for outstanding performances in Sean DycheÃâs relentless Europa League chasing Clarets side.

Despite the joy at Turf Moor about the call ups for Nick Pope and James Tarkowski there will also be a measure of disappointment for both Ben Mee and Jack Cork who have failed to impress the England supremo enough to earn a place in the squad.

Jack Cork who has already earned one full England cap under Southgate will be doubly disappointed that he has been ignored for the two World Cup warm up games.

Ironically, James Tarkowski took Michael KeaneÃâs place in the heart of the ClaretsÃâ defence following KeaneÃâs pre-season departure to Everton and he has now superseded his former team mate in the Three Lions defensive options.

Burnley fans will be hoping the pair each wins a cap, adding to the ClaretsÃâ full England international tally, which last saw Jack Cork become the 27th Claret to play for England, following his appearance as a midfield substitute against Germany last November.

Heartfelt congratulations to both players from everyone at Clarets Mad (TEC).