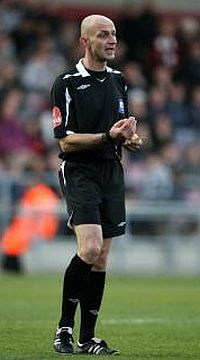 Prior to this season East, from Wiltshire, had only refereed us on two occasions during his first six seasons in the league. The first of them came on our first ever visit to the new stadium at Cardiff in 2010/11 and last season he refereed the 4-3 defeat at Crystal Palace.

He got his first Premier League game early last season and went on to referee five games at the top level during 2012/13; this season he's added a further four.

Those four Premier League games have come in a total of 19 games this season in which he's yellow carded 62 players and sent off just one.

His one red card, that to Hull goalkeeper Allan McGregor came in this game.