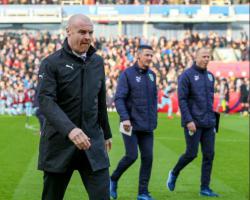 More welcome however, have been two real slices of good news emanating from the club during the week; Sean DycheÃâs contract extension and the arrival of Aaron Lennon

It is impossible to under-estimate the value and significance of the job he has done and continues to do, at Turf Moor

As for Aaron Lennon, his arrival, along with that of Georges-Kevin Nkoudou, represents perhaps a move towards a change of emphasis in the ClaretsÃâ play; more subtlety and guile to go alongside the rigid organisation and relentless work-rate which have become familiar characteristics of Burnley under Dyche

Their arrival also served to remind old stalwarts like myself of the type of jinking, tantalising, touchline-dwelling winger in which Burnley teams of old used to specialise and If you will indulge me, IÃâd like to pay my nostalgic tribute to a few of them

As a boy, I would watch Willie Morgan patrolling BurnleyÃâs right flank

With his raven hair fashioned in 60Ãâs style; his slender frame and possessing at least some of the skills, Morgan was a kind of George Best lite

On his day, Morgan would taunt and flummox full-backs, drawing them into challenges then skipping past them and accelerating into the distance

He left Burnley to join Best at Manchester United, arriving when they were European Champions and leaving to re-join Burnley after they were relegated

Then came Dave Thomas, as accurate a crosser of the ball as ever there was, but maybe a little short of pace

The young Welshman was a complete footballer, strong, powerful, skilful, intelligent and possessing a fire in his belly and a surfeit of self-confidence

He was the Gareth Bale of his day

James had three spells with the club, the last of which required him to use his experience to stave off relegation from the Football League

For this, as much as for his contribution in his glory days in the early 70Ãâs, he will forever remain a Clarets legend

As the seventies progressed and Burnley slipped down the leagues, the mercurial Irishman Terry Cochrane and the slippery Tony Morley gave Burnley attacking impetus down the wings, servicing Paul Fletcher and Steve Kindon in the middle in one of BurnleyÃâs most compellingly fluent attacking outfits

The eighties were dark days as Burnley plummeted to the basement division, but Ashley Hoskin and Neil Grewcock would provide the odd shaft of light amidst the gloom

When things began to pick up in the 90Ãâs, Ted McMinn joined Burnley from Derby, he will be best remembered by ClaretsÃâ fans for his involvement in getting two Stockport players sent off in the 1994 play-off final

After McMinn, in came Glen Little

He didnÃât follow the tricky winger stereotype, he was tall, strong, good in the air; but he also had fluid, silky ball skills, opening up defences with a mazy run, followed by a pin-point cross or a fierce shot

He was easily good enough to have played in the Premier League, but it never really happened for him which was to BurnleyÃâs benefit

Chris Eagles flitted around briefly under Owen Coyle, but the demands of the modern game and its emphasis on work-rate and tracking back caused the jinking , whimsical winger to go out of fashion, but frustrating as those players could be, they could also produce moments of wonder that stirred the soul and sent the heart soaring

Let us all hope that Lennon and Nkoudou will provide Burnley fans with more of those moments and take their place amongst those cherished names from seasons past?

This appreciation of the art of the wily, wizard winger was written by uber Burnley fan Dave Thornley, who contributes regularly on behalf of Clarets Mad