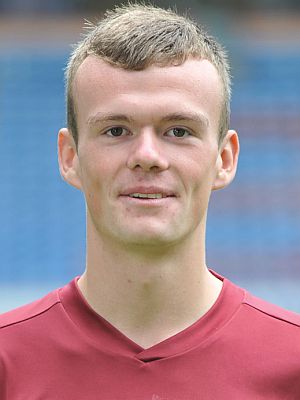 The Clarets' 16-year-old full back's debut was a short one. By the time he came on as a substitute in the second half Northern Ireland were trailing 3-0 to goals from Keston Davies (Swansea), Josh Yorwerth (Cardiff) and Chike Kandi (Chelsea).

Soon after coming on he was caught with a two footed challenge by Davies that saw the Welsh defender receive a straight red card while Dummigan needed urgent medical treatment on the pitch, including the administering of gas and air, with what was believed to be a suspected broken leg.

Thankfully, I believe the injury wasn't as serious as first thought and Cameron will be fit and ready for the start of next season.

It brings to an end what has been a good first season at Burnley for Cameron. There have been some outstanding performances for the youth team, including the games against the two Manchester clubs at Old Trafford and the Etihad.

He's also featured in Northern Ireland's games in the UEFA under-17 tournament, turning in some outstanding performances as they defied the odds to record draws against both Holland and Italy in the elite group, and, albeit briefly, been given a debut for the under-19 team, And all this while still over a month away from his 17th birthday.