Defour back for Belgium

Burnley's new recruit into the Clarets' midfield Steven Defour has been called upon for the full Belgium squad for their upcoming fixtures against Spain and Cyprus. 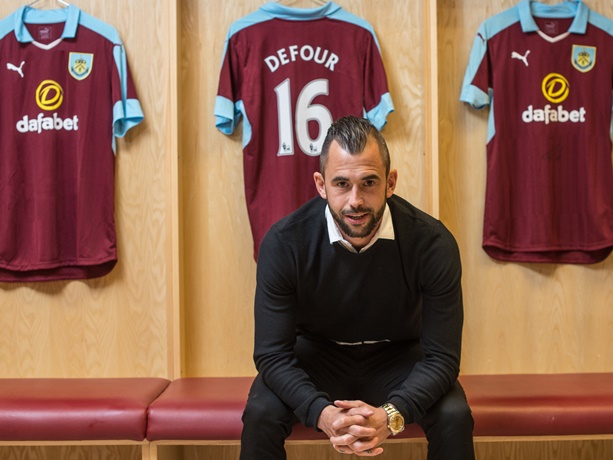 Photo source: Burnley Football Club.
The Red Devils will play Spain in a friendly on Thursday 1 September at 7.45 at the King Baudouin Stadium, Brussels.
The Belgian side then fly to Cyprus to play in their opening 2018 World Cup Qualifier on Tuesday 6 September.
The two fixtures represent the first under new Belgium supremo and ex-Everton boss Roberto Martinez.
Burnley's Steven Defour will no doubt be hoping to add to his impressive tally of 46 caps for his country (TEC).