David Jones is in the locker 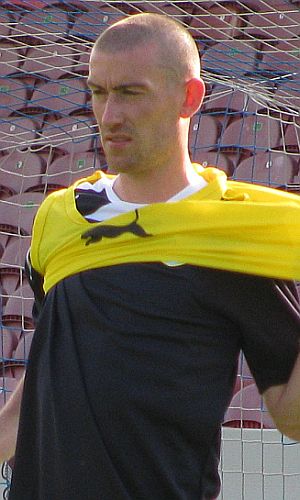 Has he signed or has he not? It's been the question asked time and time again with concerns that, after some good pre-season performances, we could lose him with Blackburn, with whom he ended last season on loan, still sniffing.

It wasn't going to happen. Jones had committed to Burnley some time ago but the deal was always going to be held back until August Today is the first day of August and the deal has gone now been confirmed and he's signed a threee year deal.

The Jones speculation started just before the trip to Ireland and it increased when he was in the squad for that trip, making his debut as a substitute at Turner's Cross against Cork City.

He's since started all the pre-season games at Carlisle and Tranmere, and at home to Sparta Rotterdam, impressing in each those games.

The Southport born midfielder was a youngster with Manchester United but got his first regular first team football during a loan with Preston. His manager there was Billy Davies and he then paid a million to take him to Derby after he'd enjoyed a loan with NEC Nijmegen.

He was a major player in their promotion season in 2006/07, but he fell out of favour with Paul Jewell and moved on to Wolves where, in his first season, he was a promotion winner again, winning the Championship title in the season we were promoted to the Premier League.

Despite injuries, he was offered a new deal by Wolves in 2011 but opted for a move to Wigan where he's spent the last two seasons other than a loan at Blackburn in the last part of last season.

Now a Claret, he's expected to make his competitive debut for Burnley in the number 14 shirt in the opening day league game against Bolton this Saturday.