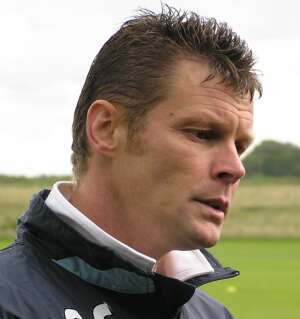 Cotterill joined Forest during last season following the sacking of Steve McClaren. He had a difficult run when they weren't able to even score a goal, but things turned round and by the end of the season they were very much clear of relegation problems.

This departure follows that of Sean Dyche at Watford last week after new owners took over the club.

Alex McLeish is the latest to be linked with the job but in a brief statement today, Nottingham Forest confirmed the news. The statement read:

"Nottingham Forest can confirm that manager Steve Cotterill has departed the club with immediate effect.

"Mr Cotterill met with the club's new owners, the Al-Hasawi family, yesterday and after long deliberations they have decided to make a new appointment in a bid to deliver their long-term vision.

"The club would like to acknowledge their gratitude to Mr Cotterill for guiding it through an extremely difficult and traumatic period and for retaining the side's Championship status last season.

"The club will be making no further comment at this time."