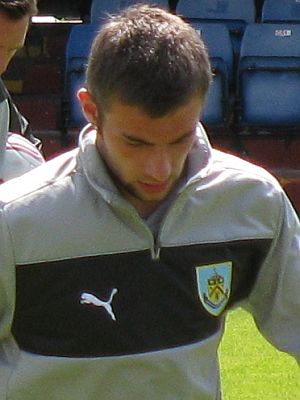 Coleman made his debut at Solihull Moors a month ago and he's played well in a Droylsden team that are struggling close to the bottom of the table.

His loan ended last week but has now been extended by a further two months and that allowed him to play yesterday in their away game at Gainsborough Trinity. It ended in a 3-0 defeat with former Claret Dominic Knowles scoring the first goal for the home side.

Adam Evans is also at Droylsden. He's currently out injured but it is expected that his loan too will be extended once he's back to full fitness.

They are two of four of the development squad currently out on loan with Tom Anderson and Joe Jackson at Barrow. Tom was part of a defence that kept another clean sheet yesterday while Jackson was used as a late substitute.

The two members of the first team squad currently on loan both had good days. Jon Stewart, in goal for Alfreton, kept a clean sheet in a 0-0 draw at Ebbsfleet and Alex MacDonald had two assists in Plymouth's 4-1 win at Barnet, Edgar Davids and all.