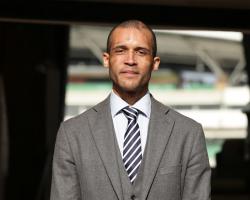 The former Burnley captain, 36, told Good Morning Britain he had suffered increased anxiety ahead of the one-year anniversary of his failed suicide attempt, which took place in December 2014, but said his condition had improved after a change of medication.

"It was quite a tough period in the winter over December and that was tied in with the anniversary of my suicide attempt and building up to that there was increased levels of anxiety," he said

I was discharged to my family over the Christmas period and now some six, seven weeks on they're taking full effect and I'm stepping on and out."

Although he went back to hospital, Carlisle described the period as an "almighty success" as he had recognised his condition early enough to treat it, and he believes more should be done to teach people what to look for

"It's a huge step forward because instead of getting to...where I'm actively suicidal, I've seen the signs and the symptoms and I've recognised what's going on in my mind and in my body," he said

"So the counselling helped before anything got out of hand

I think it shows how far my journey of self-awareness has come and how good my network, especially my family, are to get me through those times

It had such a grip of me that my thoughts and my perceived reality were that suicide was the logical rational, best thing for all concerned

That's the power of the illness and it is so important that we talk about it.

"Mental health first aid should be taught alongside physical so you identify the symptoms and you know the course of action."