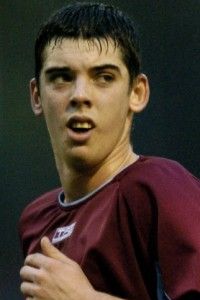 Duffy was with the Clarets in the 2004/05 season when Steve Cotterill , himself in his first season at the club, brought him in on loan from Portsmouth. He made nine appearances for us with perhaps the most memorable being the 2-1 win at Leeds when, playing on the left hand side of midfield, he scored the winning goal, his only goal for Burnley.

He was just 19 then but never established himself at Portsmouth. He went out on loan five more times, four of them to Coventry, before signing for Millwall and then, three years ago, for Exeter City.

He's been at Exeter for three years, playing a total of 127 games for them. His contract was at an end and he's opted to move to Port Vale on a two year deal where he will rejoin manager Micky Adams who first took him to Coventry.

Duffy, if selected, will make his competitive debut for Vale in the cup tie against Burnley.