Chelsea vs Burnley: The Blues' Stamford Bridge Bogey Side & 5 Other Pre-Match Statistics

Frank Lampard's side remain in fourth spot, despite faltering in the past few weeks against Bournemouth, Southampton and Brighton. Chelsea have been impressive in Lampard's maiden season with his former club, and are currently favourites to secure the fourth and final Champions League spot on offer.

Burnley are having a comparatively inconsistent season as the Clarets linger in 15th place in the league table. Sean Dyche's side have lost their last three Premier League games on the bounce since consecutive 1-0 victories over Newcastle and Bournemouth, and will be looking to avoid defeat against Chelsea for the second time this season.

With that said, here are six stats, provided by ​Opta, for your viewing pleasure ahead of this fixture.

Can The Blues Do The Double? Chelsea sides of the past have somewhat struggled to contain Burnley in the league.

In fact, the Blues

Another test for Frank Lampard to overcome in the early stages of his managerial career with the west London club.

Burnley At The Bridge ​Burnley have won just one of their 11 Premier League meetings with Chelsea (D3 L7). However, five of the six points the Clarets have won against the Blues in the competition have been at Stamford Bridge (W1 D2 L2).

Can the Clarets come away from Stamford Bridge with something and upset the odds again? Since scoring twice in the first half of their 3-0 win over ​West Ham in November, Burnley haven’t scored a single first half goal in the Premier League in nine matches.

Only Crystal Palace (4) have scored fewer first half goals than the Clarets so far this season (7).

Burnley have to start how the mean to go on, the problem is, at the moment they're just not starting well enough. Contrastingly, ​Chelsea this season have been unable to see the game out after establishing a lead, perhaps due to Lampard's inexperience as a manager.

His side have conceded 28% of their Premier League goals in the final 10 minutes of games this season (8/29), the highest percentage of any team. Perhaps Burnley's outstanding player of the last couple of seasons, along with Ashley Barnes, Ashley Westwood has been pivotal for Sean Dyche.

In fact, Westwood has provided 12 ​Premier League assists since the start of last season for Burnley, three more than any other Clarets player. Westwood has assisted each of their last three league goals.

Puli-Sick to Be Out Injured 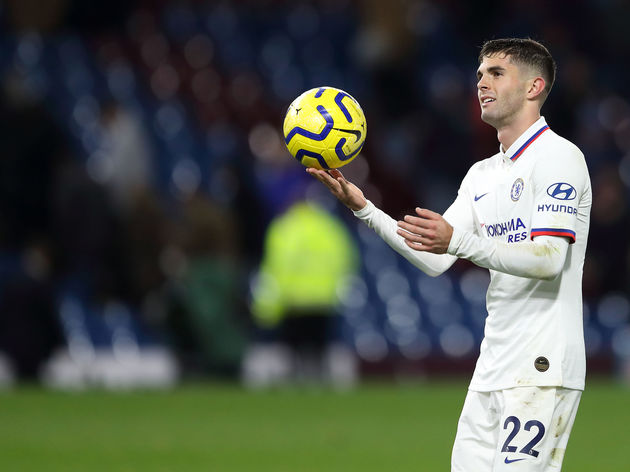 Christian Pulisic was in scintillating form the last time these two met at Turf Moor, and will have been keen to replicate his form.

The 21-year-old scored a hat-trick against Burnley in the reverse fixture, scoring three goals from five shots against the Clarets, compared to two goals from 35 shots against all other teams.

But the American international is ruled out through injury - thank goodness, eh Sean?