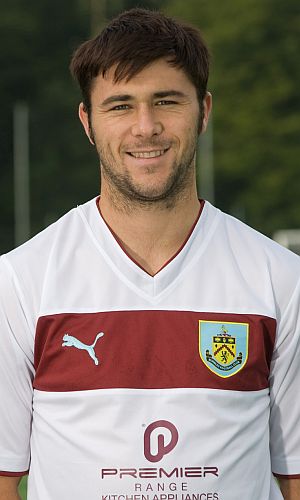 It's well deserved for Europe's top goalscorer. In September he scored a remarkable seven goals in five appearances but wasn't even nominated, the award going to Crystal Palace's Glenn Murray who had scored six goals with three of them coming from the penalty spot.

Austin followed up his remarkable September with another outstanding month, scoring a further seven goals including a hat trick against Sheffield Wednesday, two at Bristol City and one each in the games at Crystal Palace and the home win against Blackpool.

Earlier in the week he was one of three players nominated. In nominating him, the Football League said: "Currently the most prolific striker in Europe, Austin scored seven goals in October, the highlight being a 20-yard strike which completed his hat trick in a 3-3 draw with Sheffield Wednesday. He's been delighting the Turf Moor fans with his wonderful movement in the box and clinical finishing."

Nominated alongside him were Peterborough's midfielder George Boyd, for his smooth passing displays and his three goals, and Blackburn defender Grant Hanley who had helped his side to three clean sheets and having formed a strong partnership with Scott Dann.

It's further recognition of the fantastic contribution Charlie has made to our season so far. The goals have flowed from the first game of the season when he netted in our Capital One Cup win at Port Vale and followed that up with the second in our opening day league win against Bolton.

He joins previous winners this season, Tom Ince of Blackpool in August and Murray, and becomes the first Burnley player to win the award in over three years.

That previous winner was the little magician Robbie Blake in March 2009. We won four and drew one of five league games in that month. Robbie turned in some inspired performances and scored twice, the opener in the 5-0 win against Nottingham Forest with a wonderful free kick from the left, and the winner at Plymouth.

Now it is very much Charlie's turn and a big well done to him. He's expected to collect his award tomorrow.