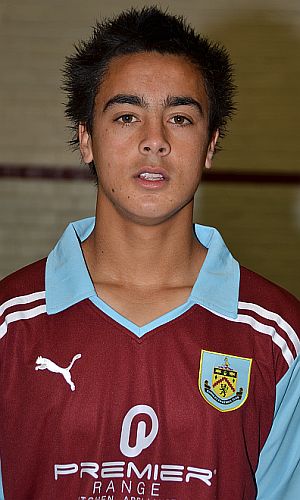 It was back in July last year that Burnley confirmed the news that Howieson would be joining the club on a two year scholarship with Director of Youth Martin Dobson confirming that they'd been very impressed with him when he'd had been over and had a couple of training sessions with the youth team.

There was a short wait for him at the start of the season until he received international clearance and he then settled into Terry Pashley's squad with his name, like those of the rest of the squad, very much under the radar.

It was the Fulham game in the FA Youth Cup that changed all that for Cameron. He scored twice in our win at Craven Cottage and was suddenly being talked about by manager and fans alike. Soon after he was rewarded with a professional contract and then, in the home game against Birmingham, he got his first team debut.

By then he'd already played in front of two five figure attendances in the FA Youth Cup semi-final games against Blackburn Rovers and the only disappointment for him was missing the Lancashire FA Youth Cup Final at Preston because of a return home.

That return home has seen him called up for the New Zealand international squad. He's already played at under-17 level for them but this time it is a full call up for two friendlies against El Salvador and Honduras, both of them being played in Texas in the United States of America, in Houston and Dallas respectively on 23rd and 26th May.

They follow that up with three World Cup qualifiers in June against Fiji, Papua New Guinea and the Solomon Islands, these in Oceania Group Two. Cameron will be hoping to win selection for those and potentially for the Olympic Games squad in England in August.

That's not bad for a first season and for a player just 17 years of age. Should he win a full cap he'll become the seventh current Burnley player to have played at international level alongside Michael Duff and Martin Paterson (both Northern Ireland), Ross Wallace (Scotland), Keith Treacy (Republic of Ireland), David Edgar (Canada) and Andre Amougou (Cameroon).