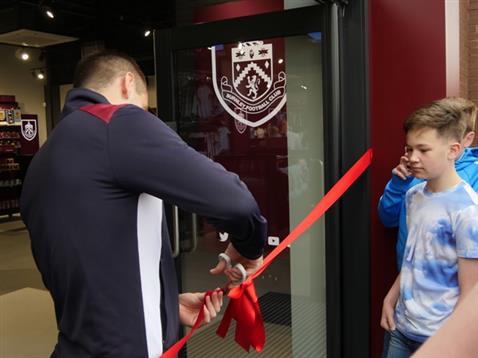 The store is an integral part of an infrastructure overhaul at Turf Moor in preparation for the Clarets' return to the top flight of English football.

New state of the art floodlights have been installed to comply with the rigourous demands of media and television coverage of live games beamed globally from Turf Moor.

The Barnfield Training centre down at Gawthorpe has also been the subject of heavy financial investment as the Clarets continue to look the part in the English Premier League.