Burnley vs West Ham: 8 Key Facts & Stats to Impress Your Mates Ahead of Premier League Clash

​Two of the Premier League's most out of from sides play each other this weekend as West Ham make the journey north to face ​Burnley.

Both sides will be looking to arrest a current slide in form that has seen them lose three of their last four Premier League games. Burnley will look for a reaction after a 3-0 away loss to Sheffield United, whereas, ​West Ham lost at home 3-2 to Newcastle.

Sitting in 14th and 13th place, respectively, Burnley and West Ham will be looking to correct what has gone wrong in the previous weeks. They will be looking over their shoulders as they sit only a few points above the relegation zone.

Want to know more about these claret and blue sides? Of course you do. We've got you covered. Here are eight stats, provided by ​Opta, to impress your mates with whilst enjoying your Saturday afternoon entertainment Burnley have been rubbish lately, having lost their last three in a row whilst conceding nine goals. Their 4-2 loss to ​Chelsea at Turf Moor saw them concede more goals in that game alone than they had in their previous four home games combined (3). 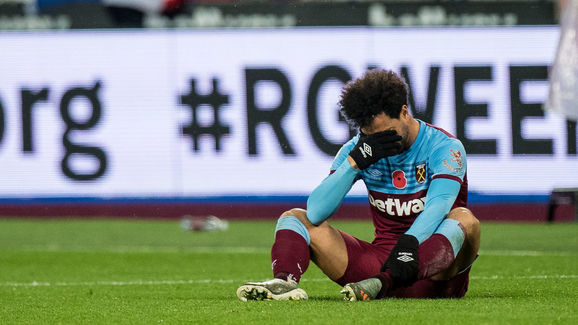 West Ham started the season so well - but have seen themselves sink having lost three of their four. What makes this worse for Hammers fans is that they lost just one of their previous 11 games! (winning six, drawing four).

They'll be hoping to get back to that form this weekend. You think Burnley are a pump-into-the-box kind of team? Think again. They've scored a league-high ratio 29%​ of their Premier League goals from outside the box so far (4/14). Their two goals against Chelsea were both from this sort of range.

Weren't expecting that were you?

West Ham are one of only four teams (Aston Villa, Manchester United and Watford the others) to not score a headed goal in the ​Premier League this season. This is made worse when considered that only three sides have had more headed shots this season than the London club (26).

Where are ​Andy Carroll and Carlton Cole when you need them?

Chris Wood loves playing against West Ham. He averages a goal every 45 minutes again the Irons having scored in all four of his Premier League games against them. No-one has a better 100% record of scoring against a specific opponent than Wood against West Ham. Robert Snodgrass has scored in each of his last two Premier League appearances and will be pushing for a start. Who was the last Scotsman to score in three games in a row, I hear you cry. Steven Naismith for Everton in August 2014.

Austrian striker Ashley Barnes scored in each of his first Premier League games this season - but has failed to score in any of his last seven. He's been booked more than he's managed to have shots on target. 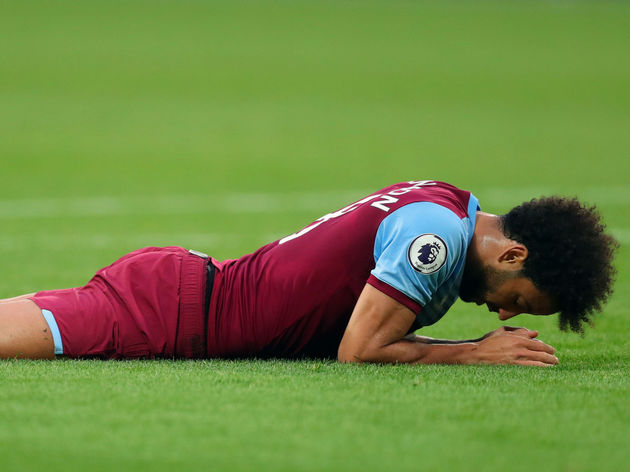 Felipe Anderson hasn't scored this season - and only Sheffield United's David McGoldrick has had more shots on target without scoring (eight compared to seven). The Brazilian has scored with just one - yes ONE - of his last 16 shots on target, having found the net with eight of his previous 16 shots on target.

TEAM NEWS: Here's how the Clarets line-up against @WestHam at Turf Moor this afternoon. pic.twitter.com/tQ5mjkIrrM