Burnley vs Tottenham Preview: How To Watch on TV, Live Stream, Kick Off Time & Team News

​Saturday afternoon's late kick off sees Tottenham travel to Turf Moor to take on a Burnley side who are unbeaten in their last six Premier League outings.

They last lost to Chelsea back in January, and since then the Clarets have won four games, including against Leicester, and Manchester United.

José Mourinho's side, by contrast, have lost four on the bounce, including their last two league fixtures against Chelsea and Wolves.

PREVIEW | The Clarets have the chance to go above Spurs this weekend.

Here is what the Gaffer had to say ⬇️

A victory for Sean Dyche's side would see them leapfrog Spurs in the table, who would find themselves falling behind in the race for the top four/ five.

However, after the Lilywhites' fifth round ​FA Cup exit to Norwich on Wednesday, Mourinho will be desperate for his side to get a win under their belts, especially ahead of their second leg of their Champions League round of 16 tie with RB Leipzig.

Gedson's penalty is saved by Krul. Our FA Cup campaign comes to an end.

Burnley are assessing forward Ashley Barnes ​as he closes in on his return following a hernia operation. It remains to be seen whether he will be included in Sean Dyche's 18-man squad for the weekend.

Chris Wood, after appearing as a substitute last time out against Newcastle, is in line to make his first start since returning from his own injury.

José Mourinho's shortage of options up front looks set to continue, despite revealing that forward duo ​Harry Kane, and Heung-min Son could return from their injuries earlier than expected.

Hugo Lloris could return in goal, but Moussa Sissoko, Ryan Sessegnon and Juan Foyth remain out.

Following their midweek defeat to Norwich, Mourinho warned that several of his first-team players are at risk of burnout. He listed Harry Winks, ​Dele Alli, Steven Bergwijn, Lucas Moura and Giovani Lo Ceso, hinting that he may rotate his side ahead of next week's trip to Leipzig. 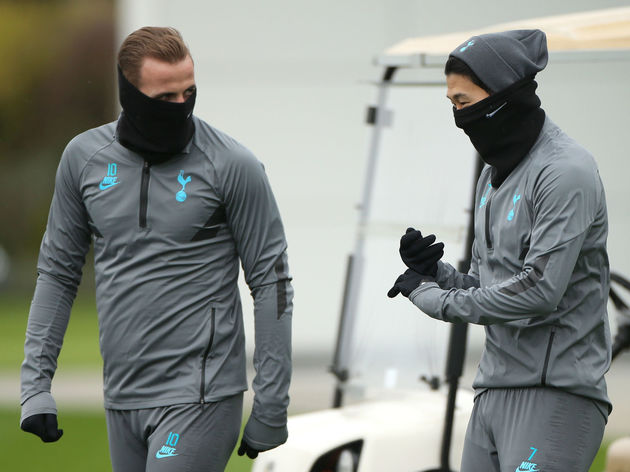 The Clarets will be relishing the chance to gain revenge against Spurs, who recorded a rampant 5-0 victory in the reverse fixture earlier in the season.

However, three of the four scorers that day (Kane with two, Son and Sissoko) are all absent this time out, so Mourinho will be hoping the goalscoring responsibility can be taken up elsewhere. 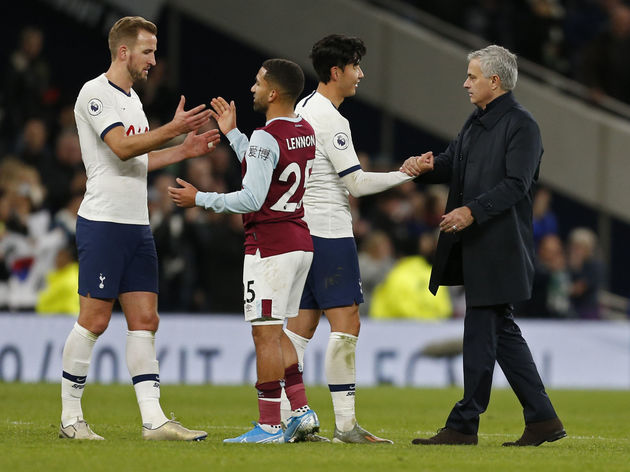 Sean Dyche's players will look towards last season, where they managed to sneak a 2-1 victory overt Spurs at Turf Moor.

The home side will be confident of getting a result on Saturday given their recent rich vein of form.

Prior to their draw at Newcastle last weekend,​ Burnley had won four of their last five. They haven't lost at Turf Moor since New Year's Day.

​Tottenham's form is a cause for concern. Including their FA Cup defeat to Norwich, they have lost their last four fixtures in all competitions, including their last away game at Stamford Bridge, and home games against Leipzig, Wolves and Norwich.

Here's each side's last five results in all competitions.

Spurs may be deemed the 'bigger' side, but ​Burnley are a tough team to beat at the best of times, especially when they play at home. They concede a limited number of goals, and their recent unbeaten run reflects their impressive form of late.

Mourinho's side face the prospect of five straight defeats, and their third successive defeat in the ​Premier League, and have their work cut out to avoid such a feat.

For Sean Dyche and his players, they will look at a physically drained, and low-confidence Spurs side, and think they are there for the taking.