Burnley vs Everton: 8 Key Facts & Stats to Impress Your Mates Ahead of Premier League Clash

​Three defeats on the bounce and three games without defeat, these two sides are undergoing contrasting spells at present in the Premier League.

After starting the season somewhat indifferently with two draws and a win in their first three matches, it's all gone downhill for Marco Silva's side who've failed to make the most of what is an unquestionably talented squad.

Big-money signings came through the door but back-to-back home defeats sandwiching a loss away to Bournemouth have intensified the pressure on the Portuguese's shoulders.

Sean Dyche and his side will be fairly content with their start to the campaign, losing just twice in the league; both those defeats coming to sides currently in the top four. Draws with Aston Villa and Brighton might be deemed points dropped, but this season marks a much-improved showing than the season prior.

So basically, ​Burnley are going to walk this, right? Well, don't be so sure, as our friends at Opta have offered a few little nuggets of information that may suggest otherwise. Throw a party, exude your excellence, because none of your friends will be matching you for stats and facts this weekend.

There Can Only Be One Winner Well, duh, of course there can only be one winner; this is football. Burnley have gone on to lose their last five home league games in a row when they’ve conceded at least once, last winning without a clean sheet at Turf Moor against Spurs in February.

They don't score many do Burnley, that ain't their thing. Therefore, keeping Everton to a shutout is relatively vital on Saturday. And, y'know, scoring themselves and all that. With an array of attacking talent and more number 10s than you can count on one hand, it would be understandable to presume Everton like keeping the ball on the floor.

No side has scored more headed goals than Everton's four in the Premier League this season, with those accounting for a league-high 67% of their six goals this term. Since his first Premier League match in January 2017, Marco Silva’s sides have conceded a league-high 44 goals from set-pieces, keeping hold of that mantle for this season too. First minute, last minute, first half, second half. Whatever the time, Everton will concede.

They've conceded goals in both the first half and second half in each of their last five Premier League matches. Only West Brom have had a worse run. However, if Everton do go on and lose at Turf Moor then they'll have lost 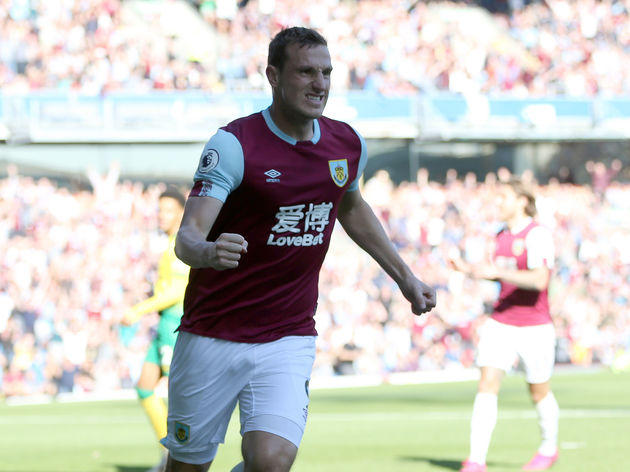 Boasting two big men up top, the Clarets know their strengths. You're pretty much guaranteed that one of either Chris Wood or Ashley Barnes will get on the scoresheet if Burnley win, with the former hoping to make it three on the bounce. Everton’s last four goals in all competitions have been scored by young English striker, who is looking to score in four consecutive appearances in all comps for the first time in his career. History on the cards.