Burnley vs Bournemouth Preview: How to Watch on TV, Live Stream, Kick Off Time & Team News

​Bournemouth travel to an in-form Burnley side on Saturday afternoon as they go in search of their first away win since December.

The Cherries' injury woes and struggles in front of goal this season have led to their rather precarious position in the Premier League table with 12 games to go. 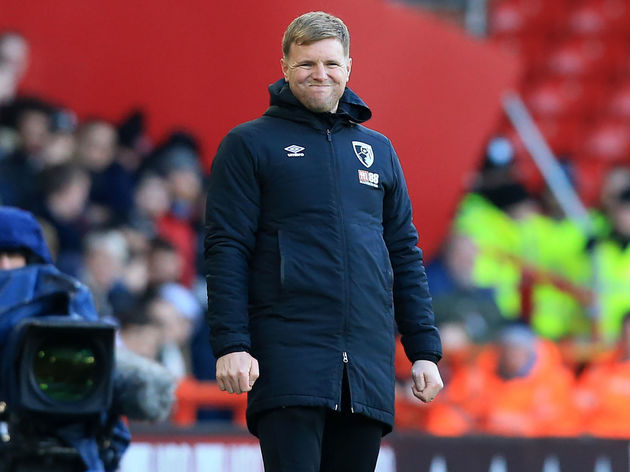 Eddie Howe's side are just two points adrift of West Ham in the relegation zone, but with the squad getting healthier there's certainly hope of survival come the end of the campaign

They'll be taking on a Burnley side who have seemingly rediscovered their identity over the past month, with their physicality and stout defence once more making them a mightily tough proposition for any side they come up against.

Unfortunately, the game will not be televised live in the UK. The highlights, however, will be posted on Sky Sports' YouTube channel shortly after the final whistle.

Last week's hero Matej Vydra is set to lead the line alongside Jay Rodriguez at Turf Moor with Chris Wood a doubt through injury.

Ashley Barnes could return to the squad after a spell out, but he's only expected to make the bench if he is deemed fit. As for Bournemouth, Howe has an extra option in midfield with Jefferson Lerma having served his one-match ban.

And for what must be the first time in a while, Howe has no fresh injury concerns to contend with heading into the weekend.

Most of these sides' history has occurred in the Premier League in recent years, though there have been a few games played outside the top flight. They couldn't be separated during the 2013/14 Championship season, as the two games both ended in 1-1 draws. An FA Cup fourth round clash in 2005 ended 2-0 to Burnley, with one Ian Moore scoring both goals on that day.

In the reverse fixture just before Christmas, a late Rodriguez winner gifted the Clarets a 1-0 win in what was a frighteningly low-quality game of football.

But an unbeaten run of four games against Leicester, Manchester United, Arsenal and Southampton has seen them rise up to 11th in the table, sitting a healthy ten points clear of the relegation zone. Their recent upsurge has coincided with an exponential improvement defensively. Their defeat at Stamford Bridge left them with the third worst defensive record in the division, but in their last four, they've conceded just twice as centre-back pairing Ben Mee and James Tarkowski have been nothing short of outstanding.

Bournemouth, meanwhile, have picked up a few imperative results in recent weeks just as their campaign looked to have been heading in a downward spiral. Home victories against relegation rivals Brighton and Aston Villa followed a 1-0 defeat at Norwich, while they were unfortunate to lose 2-1 at the high-flying Sheffield United last time out.

Here's how these two have fared in their last five outings.

Chris Wood's absence is a big boost for the visitors, with the vulnerable Cherries backline potentially having to deal with a less physical Burnley And although Vydra was the unlikely hero at St Mary's last Saturday, he simply doesn't provide the same threat as Wood - with a great proportion of the Clarets' play based around the target-man attributes of the New Zealander.

Despite this, the hosts' stout backline should be able to keep the Cherries' attack in check for most of the encounter, helping them to at least a point.