Burnley in half million battle for Vokes 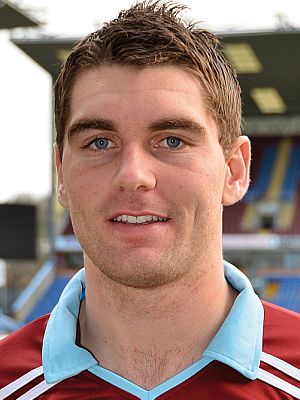 Vokes spent two months on loan at Burnley last season, between November and December, scoring twice in nine appearances, of which three were starts. The first of those goals was the opener in the 4-0 home win against Ipswich with the second coming four days later when he headed the winner at West Ham.

Howe wanted to keep him at Turf Moor, even more so when both Martin Paterson and Junior Stanislas suffered hamstring injuries at Middlesbrough, but Wolves recalled him on the expiry of the two month loan and then loaned him out to Brighton for the remainder of the season.

It appears that Brighton are no longer interested in signing Vokes on a permanent basis but suggestions in the West Midlands today are that Wolves are ready to let him go and would expect to get around £500,000 for a player who cost them £300,000 when he signed from Bournemouth four years ago.

According to the reports, Burnley are still very keen to sign him along with another, unnamed, Championship club. One way or another, it does look as though Vokes could be on his way out of Molineux.