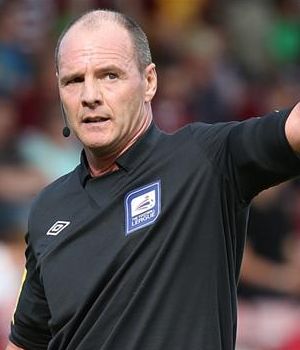 Duncan, from Newcastle, became a Football League referee at the start of last season. His first fixture was Port Vale's 3-0 home win against Barnet on the opening day of the season.

He went on to referee a total of 26 games last season in which there were 51 yellow cards and 4 red cards. Of those cards 25 went to home team players and 26 to away team players. All four of the players sent off were in League Two games. He dismissed two Bristol Rovers players in their 2-1 defeat at Rochdale and on both occasions he refereed at Accrington he showed a red card.

He refereed just one game at Championship level. That was Watford's 4-0 win against Huddersfield at Vicarage Road in January.

Tomorrow will be his second Championship game but he's already refereed two League One games and one Capital One Cup tie this season which have brought just two yellow cards, both for away team players.

One of t hose was Peterborough's Gabriel Zakuani in their 4-2 win at Notts County last Saturday, Duncan's most recent game.