Burnley ended a barren run of four straight league defeats with a 2-1 comeback victory over Leicester at Turf Moor on Sunday, moving five points clear of the relegation zone.

​There was precious little to talk home about until the 33rd minute, when Harvey Barnes surged forward down the centre of the park before rounding Ben Mee and firing low and hard under Nick Pope - despite there being a clear foul on Jack Cork in the build up.

Shades of Ross Barkley against Newcastle with that goal, Harvey Barnes. pic.twitter.com/AQXUm7pln5

Pope kept the Clarets in the game with a fine save early in the second period, which in turn allowed Chris Wood's strike to draw the hosts level after the ball fell kindly to him from a corner. It looked as if Leicester would go back in front through Jamie Vardy 20 minutes from time, only for Pope to superbly keep out the 33-year-old's penalty after Ben Mee brought down Barnes.

With the visitors pressing for a winner, it was Burnley who went in front. Charlie Taylor's cross was diverted into the path of Ashley Westwood, who made no mistake to fire home his first ever goal at Turf Moor. The Foxes were unable to find a leveller, and in the end left to rue Vardy's missed spot kick as the visitors missed the chance to draw level in the ​Premier League with Manchester City. A 300th game in charge for Sean Dyche, but one of his toughest spells in the dugout throughout that spell is most certainly upon him. His side looked laboured in attack and fragile at the back, rarely presenting Kasper Schmeichel with anything to do other than comfortably collect crosses in a dire first half.

They were hard done by for the opening goal of the game, but the truth is there was nothing to suggest in that opening period that ​Burnley were even going to have a sight at goal, let alone actually score. However, there was a distinct improvement in the second half as they saw much more of the ball and pumped crosses into the box with added frequency.

Saved by their goalkeeper with the penalty, against the odds it was the Premier League strugglers who nodded themselves in front, which was just rewards for the endeavour and fight they showed in the second half. They're in a relegation fight still, that's for sure, but it can be said with some confidence that there are three worse teams than Burnley in the division. They'll be fine. 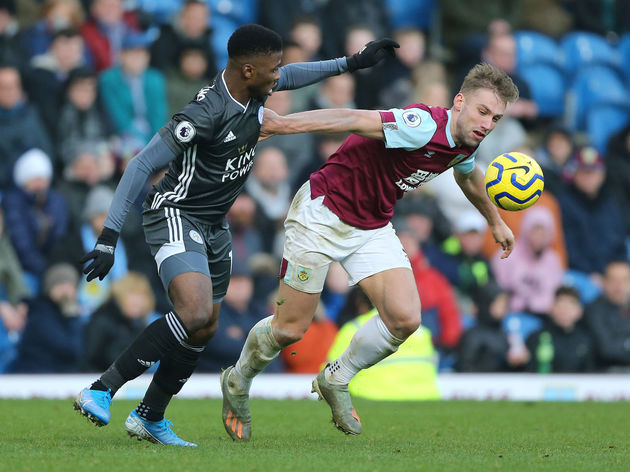 There was a distinct lack of quality in the final third for Burnley, but Charlie Taylor provided the most dangerous outlet for the Clarets on Sunday. The former Leeds man was full of running down the left hand side, providing the cross for Westwood's goal in a combative display.

Charlie Taylor starts most matches and tends to get forward..Dyche has a half decent defensive record as well 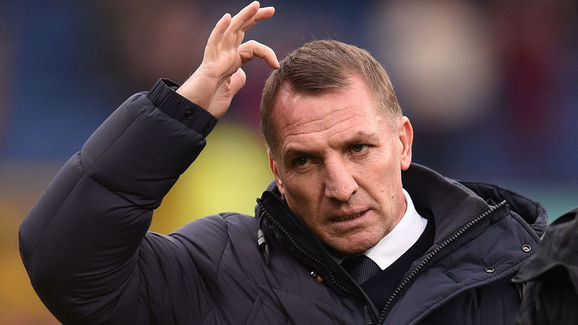 They've blown sides away this season with some rip-roaring performances, but it is impossible to ask any team to maintain such a level for an entire season. Sunday's clash was an example of slight dip on their usual high standards, but they were still the better side throughout a mostly uneventful first half.

The sign of a good team is one who can secure win without playing well, and just one kick from the penalty spot was all that was needed to ensure ​Leicester went back in front and, most likely, hold on for three points.

All in all this was an off-day for the Foxes. Brendan Rodgers will not be pleased with his side's performance, Sure, they came within a whisker of going in back in front in the second half, but they were outfought by a Burnley side dancing with relegation and on the back of four straight league defeats. Not a disastrous defeat for Leicester. But a disappointing one? Yes. Much of the talk this season surrounding Leicester has centred around Jamie Vardy and James Maddison - rightly so - but there is another fine talent at the King Power who deserves a mention. It may have only been Harvey Barnes' second Premier League goal, but that hasn't stopped his performances being of a high level.

With direct running and solid technical ability, the young forward also boasts power and pace, two attributes that he used to Leicester's advantage on Sunday and causing Mee and James Tarkowski all sorts of problems at Turf Moor.

32 - Harvey Barnes ended a run of 32 shots without scoring in the Premier League since netting against Sheffield United in August; all three of his PL goals have been scored away from home. Fortitude. pic.twitter.com/H3V1hGL3BI

Leicester City are back in league action as they host West Ham on Wednesday, meanwhile Burnley make the trip to Old Trafford to face Manchester United on the same day.